The early days of software usability

In 1977 I started working at CL Mauro Associates. I really didn't have a clue. I had completed a BA in general psych and 2 months of a masters in applied psych. But we worked on fun projects like CAT scanners, Gamma cameras, sewing machines, and hair dryers. I would just ask a teacher at school what to do, apply the latest points from my textbook reading, or make procedures up.We had some good insights like telling Motorola they had to find a way to make beepers vibrate, and Singer that they needed a compact sewing machine.

In 1978 I suggested that Chuck Mauro hire a professor from school – Dr Hugh Bowen. A few months after he joined he fired me for insufferable pushiness with clients. This was a huge favor and started a long road toward moderating my tendency to be insufferable. 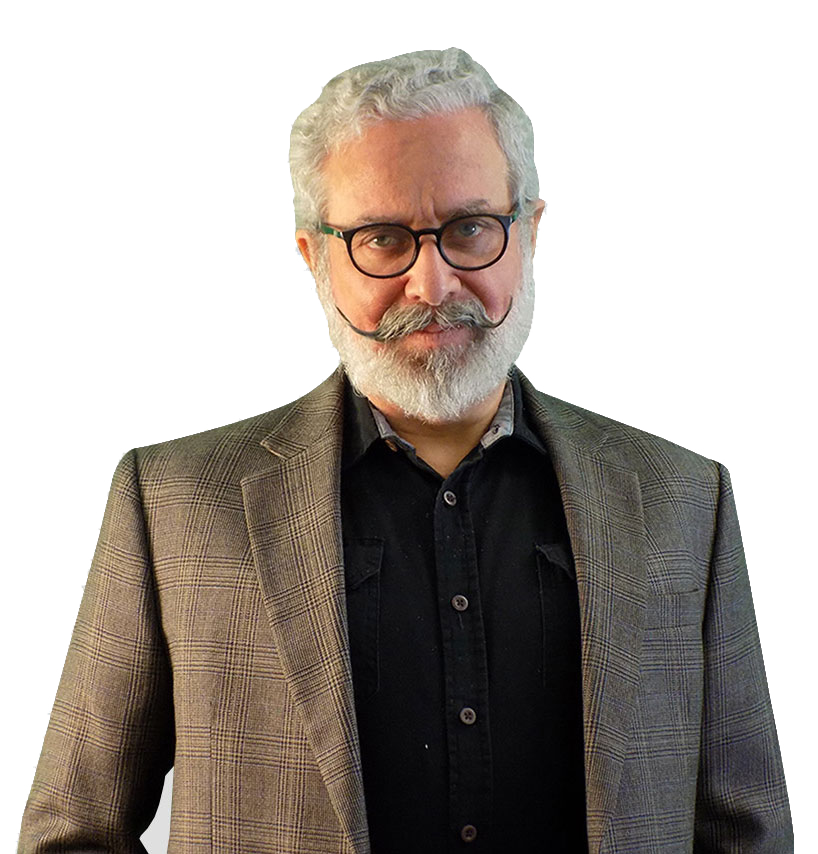 Starting out at AT&T:

I made it a practice to run “before and after” studies. I tested screens, documentation, even forms that had been improved based on usability principles. These were all “grandmother studies.” The differences were so obvious you could just ask your grandmother and she would tell you. But they were statistically significant and had big dollars attached. They got some management attention. After a while the programmers got scared enough of these studies to leave me alone and mostly code what I asked for. I would walk around with the loaded labor rates in my $150.00 calculator, which had four memory slots. When a programmer said it was too hard to code I would calculate the cost in user time, per year. Mostly I got the coding done.

Cracking the problem of standards:

At AT&T I learned a lot. I designed a much improved bill, only to have the managers tell me they hated it. They said people might not understand it and call with questions. So I learned to listen to the business goals before I started designing. I was also loaned to the BSP-007 taskforce on interface design standards. It was amazing. Dever was there (he designed the touch tone keypad). It taught me a lot about how to NOT build standards. Everyone just sat around making fragmented recommendations. No one could ever pull them together into a design. It was about 1984 when I really cracked the problem of standards, with customized page types. And I've done over $25 million in custom standards projects since then.

The move to Bell Labs:

In 1980 my Division level manager told me I was “A” rated and should be “rounded out” to become a generalist manager. He said I should run a word processing group next. I asked to be transferred to the Labs as that was the only place they allowed specialists in usability. My management refused, so I quit and went to work the next day as a contractor at the Labs in Whippany.

Bell Labs was lovely. The technical staff was much more sensitive to usability issues and the debates were a joy. It was the first time since working with Chuck Mauro's industrial designers that I was really working WITH the technical staff. Occasionally the submarine warfare people would drift down the hall and ask how to solve a mysterious interface problem with fake scenarios like "You are showing a forest on the screen and you want to see the different types of animals. Some are dangerous." Brent Coy was heading a great team that got to test outdoor equipment for vandalism, often with sledge hammers.

The early signs of a real business:

In 1981 Bob Bailey called me up and asked if I wanted to start a company with him and a sales guy called Ted Lesher. I thought Bob was just amazingly brilliant and I could not refuse that chance. We started Human Performance Associates (HPA) selling contractors to AT&T. It was pretty easy. I was the first contractor and AT&T would pay a salary plus about the same amount more. It was enough to move things ahead. Bob, Ted, and I spent hours in restaurants and our basements trying to figure out how to make a real business out of usability. That was a thought process that went on until about 2002 when I finally cracked it at HFI. We talked about certification of software, products, and other services that never really worked. But the business started to grow. Bob left and I inherited a 50:50 company with Ted. Ted did not understand the first thing about usability. But he knew a lot about sales and some about business. Without Ted I would never have made it work. He taught me the value of professional sales. Without things like an 'assumptive close' the waters coming could not be survived.

In 1982 IBM asked for a course on user interface design. I typed out the course materials on a typewriter (in Courier font) and photographed the sheets way up close with a macro lens so the text looked very big. The resulting 35mm slides became a two day course in mainframe usability. Some of the content from those slides still exists in the HFI courses today, maybe 35 course versions later. About that time I helped out Sid Smith at MITRE work on his mammoth guidelines document. It was a brave effort and it also taught me a lot about what would not work in a standard. I don't think many people have ever read it, much less internalized it. But it was great inspiration for the course and I still think that is the right vehicle for design advice.

In 1983 AT&T went through divestiture and all the contracts stopped cold. Our usual clients all said they were not sure who they were working for and what was happening. We should call in about a year. This was scary and we rushed to fill the breach, mostly with insurance company work. Bill Galitz had been in that space, so there was precedent.

I learned to sell usability with a pretty aggressive approach. I would almost grab project managers by the throat and present the user-centered viewpoint up close. Our classes were mostly a brainwashing exercise. You needed that then. In about 1998 I would grab people and say "Usability is Important!" They would look at me funny and say "Of course. How do we do it?" This was a sudden and difficult transition. But until then selling usability had to be hard hitting even if I sometimes made people mad or even occasionally made a developer weep. Ted would take me in to a company and just ask them to show me a screen. I had to reel off 10-15 nice strong usability issues, with supporting theory. It might be embarrassing for developers, but it did sell. After a bit of a dip following divestiture we were running again, with HPA at over a million a year and a dozen staff.

In 1988 I decided I wanted out of the East Coast and decided to move to Fairfield Iowa. My friends from the Transcendental Meditation movement were there and it seemed like a safe place to raise kids. Ted told me I was nuts and could never survive. So we split the company (he went under in two years). I found myself with course materials, a couple of clients, and a few staff members out in the cornfields of Iowa. We had the Human Factors International (HFI) office in a farm house on 25 acres.

If the East coast was tough, the Midwest was far less aware of usability. The GUI revolution happened and that actually made it worse for a while. Everyone thought that GUIs were "User Friendly". It took about a year before they realized that GUIs gave more degrees of design freedom and also more ways to screw up. We rushed to prepare courses for GUIs and projects flowed nicely.

I learned to fly a plane and would travel wherever there was a chance to talk about, teach about, or do usability work. We slowly built the sales force and technical staff. It was totally unstructured. I taught the technical people by hiring them and putting them on projects. We did expert reviews, standards, training, fixing train wrecks, research, and anything else that came up. They would fail and I would stay up all night fixing it. But hiring creative and eccentric people made it fun. It truly was usability work in the garage (well, a farm house). Clients had no idea what good usability was, so the criteria of success was mostly if Eric liked it.

Today HFI has over 200 staff. The sun never sets on our offices and we work in an amazing diversity of environments (I'm typing this returning to my home in Mumbai from working in Africa). Things are far more organized. We are process driven, tool supported, metrics driven, formally trained, secure, and very certified. We are cost effective and competitive as hell. But I do think those early days were a bit more fun!

Just getting to know you...

Thank you for your interest. We'll get in touch to discuss how we can help.